13 Make allowance for each other’s faults, and forgive anyone who offends you. Remember, the Lord forgave you, so you must forgive others. 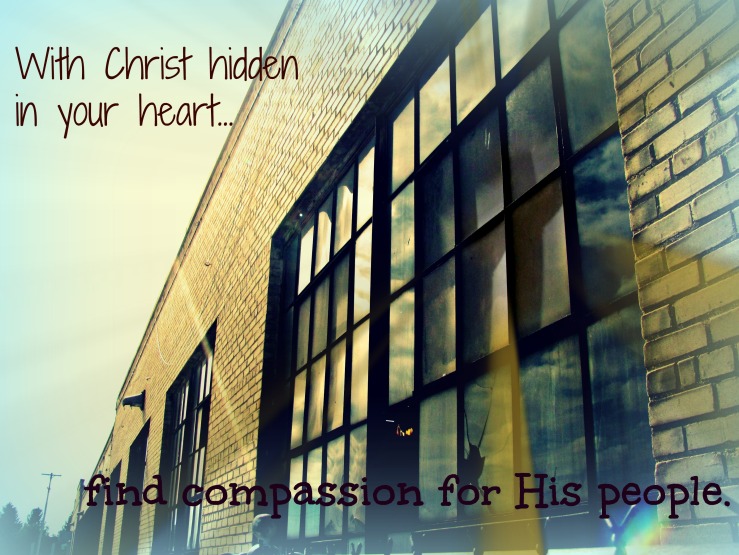 I prayed before I decided to go forward with this blog and I believe the Holy Ghost will guide my words so as not to offend anybody because that is not my intention.  My purpose in writing this is to show how God works in my life and to show how in this situation God really opened my eyes to something He needed me to understand.

A few years ago I was prayed over by a Prophetess and she said I needed to learn how to love God’s people or He wouldn’t be able to move me forward in my ministry.  As I stood there weeping on that altar I chose to begin to change.  No more sarcasm.  No more mean thoughts.  No back biting.  No more gossip of any kind.  No more anger.  All these thoughts were running through my head at that very moment.  I was eager to do exactly what God wanted me to do and I was going to do it to the best of my ability.

Well, that sounded good on the altar but once I stepped back into the world I felt like I had to be in defense mode again and sarcasm began to flow.  I felt like  a failure and soon got very discouraged, so I began to pray.  I asked God to open my eyes to what He wanted me to see and boy did I get an eye-full.  If I began to talk about somebody,God would show me their heart.  If I started to speak sarcastically, He would show me what it looked like to the person I was saying it to.  When I thought people were doing something I thought was stupid, God would show me why they were doing the particular act.

Day after day as I prayed, God began to show me how to have compassion.  He taught me to love no matter what and to meet people right where they were.  I also learned that we all come from different homes and people learn different things according to what they have been exposed to.  As I began to see that people are a product of their background I could finally understand why some people just seemed not to get things like I did.  I began to have this overwhelming compassion for people. Suddenly I wanted to understand rather than hide behind sarcasm or speak negatively about someone.

The more I began to understand what having compassion meant, the more doors God opened for me.  The more I listened to His heart, the more I could love His people even if I did not understand why they didn’t have a desire to change their circumstances.  I used to get so frustrated when people chose to stay in chaos instead of seeking God as an answer to peace.  I know now that I have to have a Christlike lifestyle everyday so as to draw all men unto Jesus.  Even when I am not talking about Jesus, I should be acting like Him.

1 thought on “Stuck On Stupid”