But now we have been released from the law, for we died to it and are no longer captive to its power. Now we can serve God, not in the old way of obeying the letter of the law, but in the new way of living in the Spirit. 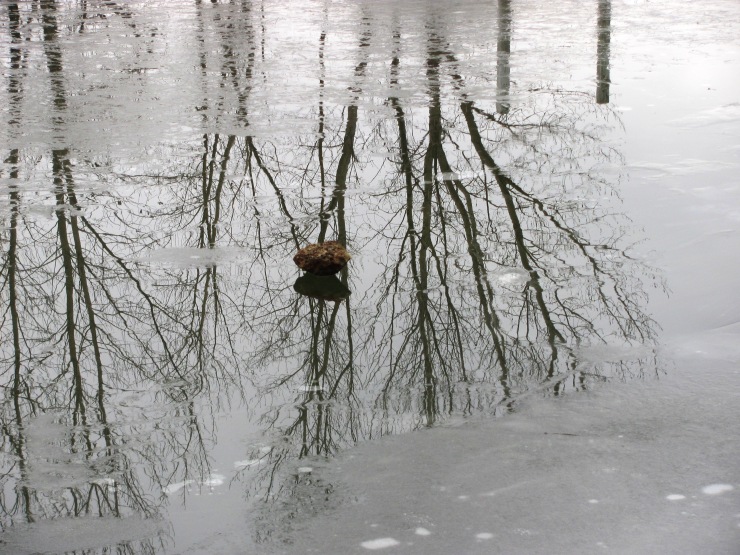 Ever just feel stuck where you are at? Sorta frozen in place unable to go up or down?  Perhaps not wanting to face the future or revisit the past and undecided of which way you should go?  What gets us so bound up that we lie in waiting for something to just happen? We know there are seasons in our lives so, maybe we just write off our stagnancy for a quiet, uneventful season of our existence.  I have been in this place quite a few times and just now as I was flipping through some old journals I noticed something startling about myself, I was stuck at one point.
Going back to that blog from the other day “Is is Safe to Open My Eyes?”, I was closing my eyes and hoping everything would go away.  I found my journal from April of 2009, the one I take to church and take notes on or record my soaking times, and I realized I had revelation and things from God right up to the point of April 13th.  What I saw as I flipped through the pages was that after my ex-husbands suicide attempt, I wrote nothing about what God was speaking to me, there were just “notes” random, ordinary notes.  What was holding me back from God at that point?  What was keeping me from moving ahead or receiving words of knowledge?
I guess maybe that while my eyes were shut I was mad at God for some reason.  I did not understand why He separated me from my husband.  I could not see what laid ahead for me.  I felt lost and alone even though the life I had led for 20 years was just one disaster after another.  I was just scared and I had not released myself from the pain of my past.  It wasn’t until a revival started at a nearby church that my eyes became open.  It was in that revival that God started speaking to me again and I began listening.  He gave me the release I needed and then the more I surrendered to Him, the more He released me from my past.
If I look back on journals past the revival time, I can clearly see that my eyes were open and I was released.  I had finally reached a level in my relationship with God that I could trust Him with everything me.  I could pray and find release from some very painful memories.  I was finally able to trust again, not only in God but also myself.  I had released my heart into the hands of God so that He could begin a work in me that continues to this day.  By releasing the pain I opened up areas in my heart for restoration.
Are you ready to release yourself?  What is preventing you from stepping forward?  Do you need to set your heart into the hands of God so that He can begin the restoration process in you?  Search your heart today and see if you are ready for a change.