21 Your own ears will hear him.
Right behind you a voice will say,
“This is the way you should go,”
whether to the right or to the left.

Ever just have one of those days when you just could choke a chicken?  The thrill of running around a chicken coop chasing the biggest bravest chicken and then just grabbing it and shaking it seems a bit out of character for me I know, but when frustration builds up and then anger suddenly raises its’ ugliness, that is the only way to describe how I feel.  I have not written in a few days and it is simply because I have been in a valley of sorts and I felt nothing I put into print would have made much sense to anybody.  I was so filled with bitter discontentment and questions it would have been useless for me to try to convey any source of help to anyone.  Wednesday in particular was a terrible day.  And since I have been very open and honest here in my blogging, I will continue on that path.  I feel perhaps I have learned a lesson along the way about how to react in some instances and maybe this will help someone else.

It started out like any ordinary Wednesday except for the fact I usually have them off and I was working because I traded days so I could go to a Casting Crowns concert the next day.  Any ways, I was about to leave my job for the day and I was listening to my voicemail to discover  I had a message from a local video store across town that said I was 5 days late with a movie.  What?  I had not rented from that store in a long time and I was puzzled.  So I called only to discover that my husband, who I may remind you I have been separated from for three years, had rented a movie and neglected to bring it back.  Okay, I was not upset so much about the lateness of the rental but more so the fact that he had rented it using my phone number.  So this set up my mood for the rest of the evening and then my son called and needed a ride and was upset about something which flamed the spark of anger already started and then my daughter attempted to get in the van after school and after I asked her to call her dad, she spouted in wonderment why I was putting her in the middle of the situation and I lost it!  Said some choice words and made everyone exit the vehicle and I drove off in a whirlwind of fury. I arrived home to any empty house only to discover that I had forgotten to drop the deposit off from work and that just made the anger into a roaring fire raging out of control.

I had no choice but to stop this behavior.  I drove miles to the lake, threw it into park and I cried.  I cried until I thought I was going pass out.  Texted a few people for prayer.  Wrote a disturbing Facebook post and then cried some more.  I cried until there was no more left in me.  I felt horrible about my behavior and the things I had spewed out into the air disguised as smart articulation.  I had left my kids down and their friends.  I had shown a side of me which I thought I had buried long ago.  I felt like I was at the end of a rope hanging above razor blades and I wanted to let go.  I wanted to run until my legs broke underneath me.  I wanted to just choke something…good thing there were no chickens running around by the lake.  Finally something broke inside me and I knew I had to just give it to God.  Not pull myself together or pretend everything was okay, I had to just let go.  I had to realize that my anger was misdirected and blown out of proportion and I had to acknowledge that this outburst was actually a long time in the making.  My frustration with my current situation had just reached a boiling point and my kids were the recipients’ of the burning from the steam.

I have been struggling lately trying to make do with less finances and hating my house that I currently live in.  I have been getting frustrated with the separation and the way it was affecting all aspects of my life.  Worried about getting my book published and wondering if it will be worth the read.  Mad because my taxes are being held because my husband had not filed last year.  Mad at myself for not pushing myself to be better at Mary Kay and lastly, frustrated at how long the process has been for getting my teeth done.  Now, what I had to sit back and realize as I was sitting in my van at the lake was that all of these things were not for me to control.  Wow, once I realized this, a sudden calm came over me and I could sense forgiveness.  In the moment when I surrendered it, like a mighty wave of water, God came and washed over me, releasing from my grip the grief I had been carrying around with me. 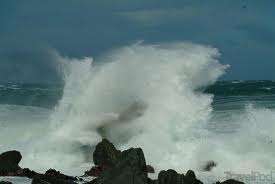 As you can CLEARLY see by now, I am human and I live a real life.  I think sometimes I get carried away with the thoughts of the world and I begin to drift back to that place of emptiness like I had before.  Surely that is right where Satan would have me, lonely, depressed and feeling hopeless.  Thank God I know better than to fall for that trap for any length of time!  I stumbled and I fell flat on my face erasing any illusion people may have had of me.  As I sorted through the things which were hindering me and had placed me in this valley, I began to realize God was trying to change something in me and I quickly was on a mission to figure out what it was.  Yesterday, I think I figured it out: my reactions to things were speaking louder than the calmness in my life.  Every time my husband did something I did not like I got upset and frustrated instantly.  I was still blaming him for all the wrong in my life.  So when I got a call again yesterday about this same movie being late, I called again and explained the situation one more time, this time letting the manager know how he could contact my husband, leaving me out of the situation and letting God have control.  No real reason in getting upset about a movie being late, especially when I didn’t really have anything to do with it.

So, I feel like I am still in the valley, yet seeing the light shinning brighter just a few miles ahead.  God has called each of us to become overcomers and if we allow Him to direct our steps, surely each time we will end up right on target, just like He already planned it to be.  I know, I know, letting go is not easy, and sometimes we have to do it over and over and over again before we gain any results.  Push through the muck and the weeds until you feel that you are on solid ground again and safely in balance again.  Now I am not saying we will get it right the first time or even the first dozen times, but in the process we will gain a little more wisdom.  Slow and steady like the turtle, right?  So for now all chickens are safe (as if I could even catch one) and I am learning what matters and what does not.  I have my kids and a roof over my head.  I have a Father who loves me and the book I have written belongs to Him for He was the inspiration.  For now I am trying to be still and know He is in control and I have but to overcome this valley so I can continue up the mountain! 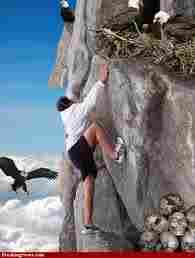 11 thoughts on “Wanting to Choke a Chicken!”